Have you ever noticed that people either love or hate Facebook? Especially social media managers and marketers? They can seem to go on and on about it – right?

Well in truth, there’s really only one reason why marketers love Facebook. The sheer number of “engaged” users that visit the site, on a regular basis. Engagement is the key to growth and success on the web and people really do use Facebook.

The average Facebook user spends 700 minutes {that’s 11.6 hours} on Facebook each month and more than half of them will log on at least once on any given day.

How many times have we heard about an employee being reprimanded for “goofing-off” at work because they were on Facebook? Wall Street even attempted to block Facebook from the Stock Exchange, because it was so disruptive.

So what’s in it for you? Well, imagine this, even if you manage to pluck a microscopic group of users off of Facebook {let’s say 0.001%}, that little number can translate into tens of millions of people. Facebook’s presence online is just too big to ignore. If you don’t believe me, just check out these “mind boggling” stats:

• It’s the largest social network in the world with 1.23 billion active users (with 180 million in the United States alone).
• There are 945 million mobile active users and 556 million users visit it daily.
• Five new profiles are created every second.
• The largest audience on the site at 29.7% are between the ages of 25 and 34.
• The average user spends 20 minutes a day on Facebook.
• Highest traffic occurs mid-week between 1 to 3 pm and on Thursdays and Fridays, engagement is 18% higher.
• 16 Million local business have pages on the site.
• One in five of all page views, on the web, in the United States occur on Facebook.
• The gender break-down is 53% female and 47% male.
• With nearly a billion users, if Facebook were a country it would be the 3rd largest country in the world – second to India and China. It’s even larger than the US which is at 308 million. Need we say more?

Now here’s the let down – Facebook isn’t perfect. Surprise, surprise! Nothing is perfect and Facebook is not without exception. Here are few things that you’ll want to take into account, before you decide that you’ll make millions off of Facebook.

It Has Too Many Users
Yes, I know I said that the users were the only reason to love Facebook, but of course too much of a good thing can’t be good for you all the time.

If you follow too many people and pages you will be overwhelmed by the number of posts in your feed and many of your “fans” already are. This is especially tough for a small business owner, who is trying to stand out in a sea of “noise”.

The “Crazy” News Feed
This is Facebook’s dirty, but well-known little secret. Facebook needs to make money and the way they are doing that is through ads. Preferably, from big companies and agencies, with large budgets.

They just recently changed their news feed to “limit” the exposure of “text posts” from business pages. They are also still limiting how many of your followers actually see your posts.

This originally was referred to as “edge rank” – which meant that Facebook would only guaranty that your followers would see only about 4% of your posts. Some say since they implemented the new changes to their algorithm in December 2013, that that number has shrank, but no one can say for sure.

Cookbook author Stephanie Stiavetti, got a lot of buzz when she blogged about her frustration with Facebook’s changes to their algorithm, when she realized that only 100 of her 8,000 fans were seeing her posts.

You’re probably wondering what is an algorithm? In short, it’s a very complicated mathematical formula used to predict what you might be interested in seeing in your news feed. Several sites use this method to make suggestions to you, it’s a common practice.

Now Facebook will still reward you for having a post, with media rich and visually appealing content {i.e. photos and videos}. If your posts get a lot of engagement {likes, shares & comments} it will be seen by more and more of your fans. But if it’s a slow day – no one but you and your cat will see it, no matter how good it is.

Couple that with the average number of posts loading into in a person’s feed in a day {which is currently hovering around 1500} and all of that hard work could potentially be in vain. The solution?

Many Facebook marketing advocates, now advise you to use Facebook as a way to communicate with your existing followers and fans that you have culled from other social media and online marketing channels.

In other words, if you’re just getting on board, don’t expect too much. Focus your efforts on list building via webinars and other social media channels that still allow all of your posts to be seen by your followers {for now} like Twitter, Tumblr and Pinterest.

I focus on Twitter myself and Pinterest has excellent SEO ranking capabilities, so people can find you pretty quickly, if you’re an active user. You can use these social media platforms {and others} to “push” people to Facebook with a very specific “calls-to-action” to encourage engagement.

If you don’t what to post or how to engage with your target audience, I advise my clients to “mirror” what the bigger fish in their space are doing. Learn on their dime. Follow their feeds and look at what they’ve done in the past to get their followers to take action.

But be warned! There is a good chance that Facebook could change their algorithm again or the others could jump-on board, and do the same as they try to figure out how to monetize these sites. It’s also why a social media page is a poor substitute to hosting your own website.

Social media isn’t going anywhere soon, but this is the nature of their business and we all have to live with.

Are you buying ads or buying leads?
This one stings a bit, because for years before social media came about, people focused on monetizing their e-newsletters and blogs. The general rule of thumb was “don’t buy leads”, because you have no idea where they came from and most likely 90% of them won’t be your target audience.

Fast forward to Google and the rise of their targeted online ad campaigns. All of a sudden the technology was there to create targeted campaigns – with a little algorithm magic thrown into the mix. Google made millions and is still doing so today with AdSense.

Now Facebook is campaigning for small business owners to do the same on their site. You can purchase essentially a “block” of ads to a very specific and targeted group of Facebook fans.

Here’s the catch – the algorithm rule still applies! Yep! Let’s say you want to target 100 people with your ad. Less than 10% of them are likely to even see it.
Facebook even admits on their own site that targeted campaigns can only provide, “. . . an estimate of your potential reach and isn’t exact.”

This is a problem for SMB owners, because content marketing at it’s core, is about giving away free content to build your relationship with prospects before your offer them your product or service. It does not make sense for a small business owner to pay to get better distribution of free content, that you aren’t even sure people will see anyway.

This has left a lot of early supporters of Facebook {and social media in general} with a bad taste in their mouth, because in the beginning the “hype” social media fed us is how valuable these “authentic” relationships with their users were. Now we’re being told that if you want to be exposed to those “authentic” users – you’re going to have to pay to play.

If you talk to the average social media marketer they may tout that they can bring a “kajillion” followers through targeted ad campaigns – but none of them will bet the farm on giving you anything that will show you you’re R.O.I.

In this case, in relation to conversions that lead to sales or even increasing your email subscriber list. Why? Because no one is comfortable with talking to you about that lovely “algorithm”.

They even avoid talking about your C.P.A {cost per acquisition – in this case per Facebook “fan”}. Why? Because they don’t really know how many of your fans are seeing your ads. Some play it safe and focus on generating content for you that will increase engagement but let’s be honest, you enjoy engagement, but you ultimately want to get them to buy.

Conclusion
Bottom line? Facebook is not the list builder it used to be. You’re not going to find a lot of new prospects in the beginning on Facebook. Having said that, the potential of getting a second or third tier referral from a customer that you acquired somewhere else is highly probable and well worth maintaining your relationship with them on Facebook for.

It’s still free, the ads are still cheaper than Google and you’ll most likely never build a following of over a billion people on your own. So don’t give up on Facebook – just don’t bet the farm on it.

This site uses Akismet to reduce spam. Learn how your comment data is processed. 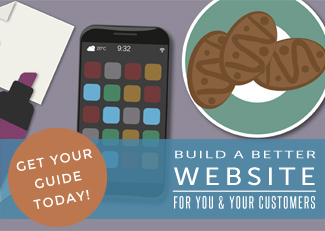 “The WOW factor I experienced once the site went live was HUGE. I’m already getting rave reviews and sales. Thank you Sylvia!” – Erica Kalick, Owner of Erica’s Rugelach & Baking, Co.

“Sylvia has a great way of taking your vision and elevating to something far beyond what you thought it could be. She's reliable, a good collaborator and takes your business just as seriously as you do.” - Terry Mathis, Stylist

"My new website looks "Fabulous" and I was quite excited by it's debut. Sylvia's professionalism & creativity was so welcomed. She completely listened to and carried out how the luxuriousness of "Regal Threads" should be portrayed."
- Mary Sciandra, Owner, Regal Threads

”Sylvia is a fantastic web designer but is also able to manage a project from beginning to end.” - Marlisa Johnson, Owner/Director Mathtopian Preparation

“Sylvia’s approach is direct, patient and concise. Her artistic approach was fundamental for the changes I was looking for. I know I can trust Sylvia with my customers...knowing that referrals will be professionally managed.” - Mark Sharinghousen, President MSharing & Associates 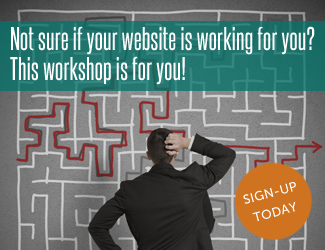